District Rates. At the January meeting, a district rate at 9d was levied for the half year ensuing, and at 3d for the Late Improvement Act district. On the 4th of June a fourpenny district rate was passed, leaving £238 unprovided for. On the 1st of October it was resolved that the collection of the borough rate by the sergeants-at-mace be discontinued and that the precepts in future be directed to the several overpeers and churchwardens. On January 3rd a district rate at 2d was agreed upon for the parishes of St. Clement’s, St. Mary-in-the-Castle and All Saints.

Borough Boundaries. On the 1st of October, the Town Clerk reported that at a recent perambulation of the Pevensey portion of the borough, nearly all the posts were found to be missing. It was therefore resolved that new ones of iron, with the borough arms be provided, and that the perambulations in future be at intervals of not more than seven years. On the 13th of the same month the home boundaries were perambulated, in anything but pleasant weather, by the Mayor (Ald. Rock) and Reprs. Ross, Picknell, Gutsell, Winter, Putland, John and James Reeves, Wrenn, Tree and Austin together with a few other persons, not of the Council. On the 23rd of September, the Clerk reported that several members had walked the borough boundary of St. Leonards, Winchelsea, and had found it clearly defined by posts. The closing scene in the act of boundary perambulations was on the 19th of October, when an inspection of the hamlet of Grange, near Chatham, took place, after the lapse of a century.

The New Outlet. At the Council meeting of the 6th of Aug. the Stonebeach Committee’s recommendation was adopted that a complaint be made to the Pevensey-rape Commissioners of Levels that their recent new outlet to the[sea](on the west side of the railway arch) had left an old water-course of stagnant water opposite the Fountain Inn, St. Leonards, in the borough of Hastings. 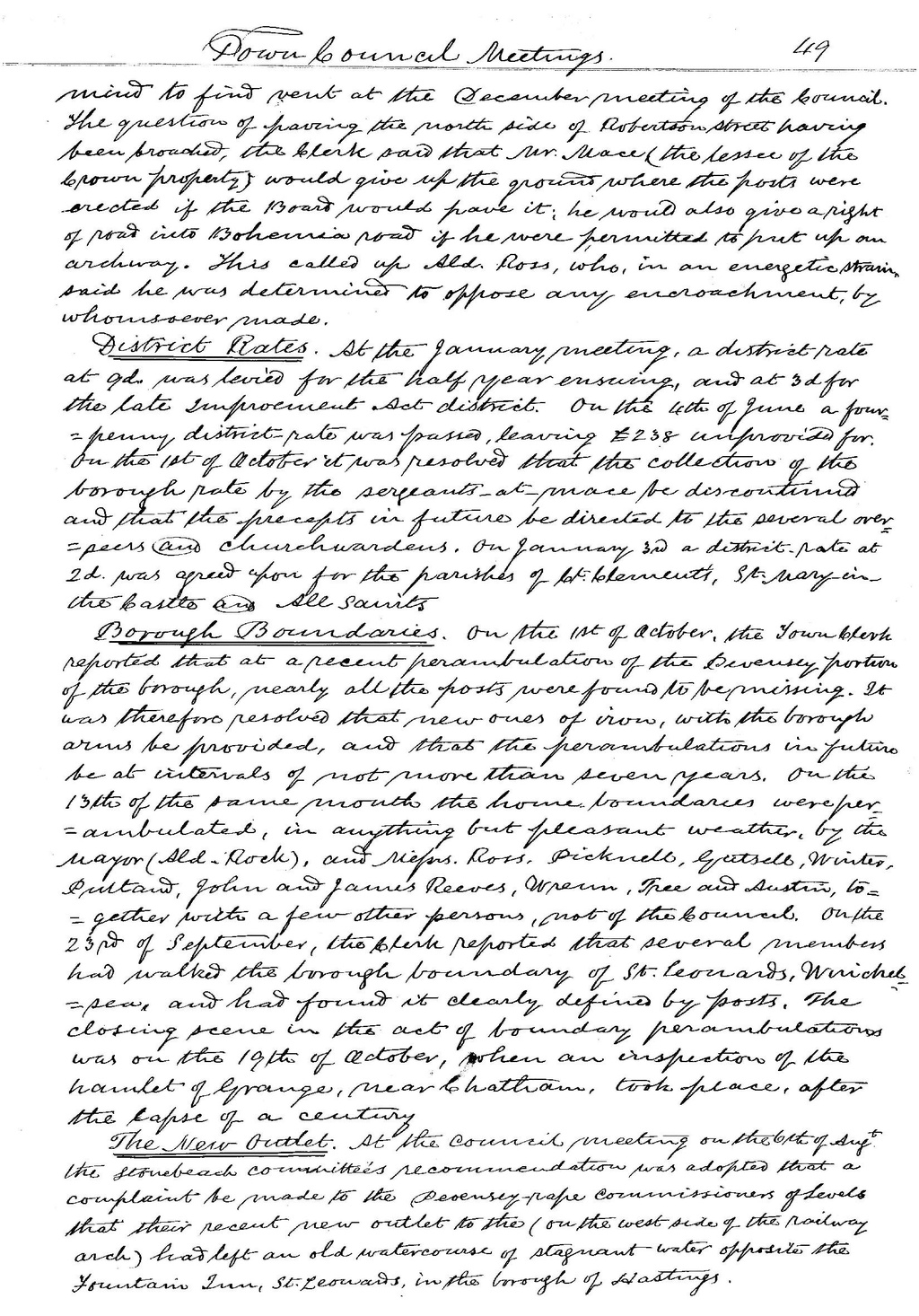