“Now will not the mocker be hushed in defaming?
Now will not the slander be silenced for aye?
Balaklava’s sad glories to Europe be claiming
The deeds that her champions wrought in her day?

“When the war drum was beat and the trumpet was sounded,
And on to the death which they knew they must meet,
Down the terrible valley our chivalry bounded,
Each lance set so steady, each charger so fleet.

“Through the george(sic) strewn so thickly already with dead,
Through masses that met them and cannon that pealed;
Ay! An army before that fierce squadron hath fled,
While hosts gathered fast on that thrice conquered field.

“Yet never one eye ‘mid our heroes looked back
No charger they checked, and they tightened no reins
Though half of their numbers lay cold on their track,
None thought to behold merry England again.

“Then broken and scattered, but conquerless still,
The remnant dashed back from that desperate strife;
Ay! The third of their ranks are left dead on the hill,
But the foe has paid dear for each sacrificed life.

“Hush! Wake not the discord of word o’er the grave
Where the young and the old are in honour now sleeping;
The country they died for will mourn for the brave,
And love for the rest a sad vigil is keeping.

“But oh! when the cold and the careless exclaim
That knighthood’s old glory has faded from men,
Let’s point to that record of chivalric fame,
Of heroes who dared and who died for us then. “

The following excellent poem (with others) was submitted to the editor of Brett’s Gazette for his opinion, who had no hesitation in recommending it for publication; hence the preface to “Moments of Pleasure”, by the author, S. H. Beckles, Esq. of Grand Parade, St. Leonards.

“Charge! charge! enough! What heart shall quail?
And now a brilliant dash;
And now, far through the awful vale,
Six hundred sabres flash. 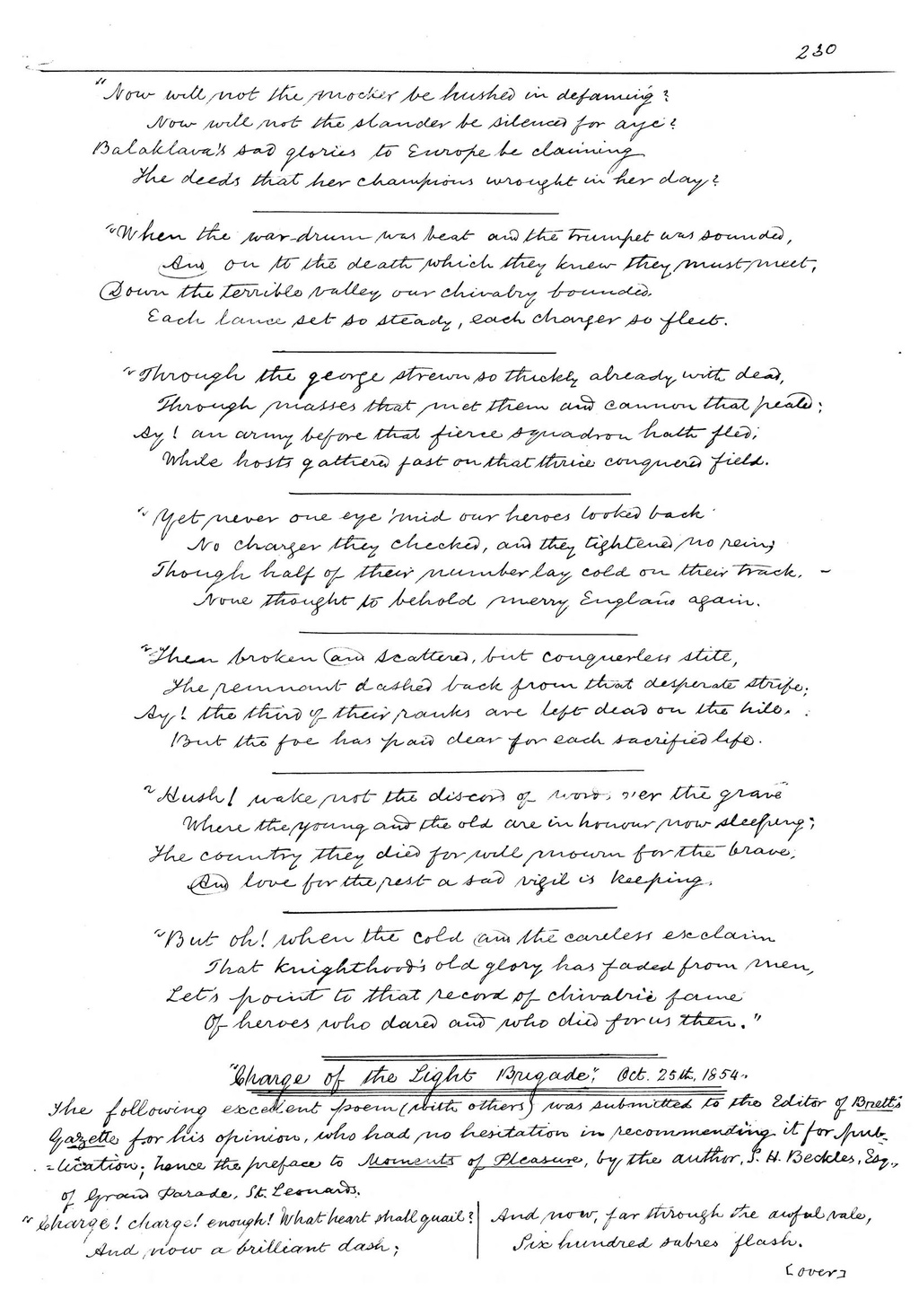