to use them they fall to pieces. Likewise send me three pairs of light-boot stockings.... John Whyborn”

Then follows a letter by the same mail from the invalid Brazier, at Scutari, dated Jan. 15th, 1855. Writing to his father and mother, he says – “I have left Sebastopol and am now at Scutari hospital. I have been very ill; in truth it was very nearly all over with me. Lying in the trenches so long has completely knocked me up, and many thousands of stronger men than I am. I was up to my knees in water on the 28th of December, keeping a bright look-out for the enemy, as they turn out every night (although they always get driven in again) when I was seized with a sudden pain in my bowels, and lost the use of my legs all at once, and therefore could not stand. I was carried away to the hospital tent, and there I lay two days, suffering the greatest pain, with my poor comrades dying around me. The doctor came to me in the morning, and asked me if I thought I could stand the rough passage to Constantinople? I told him I thought I could not, when he plainly said if I could not I should die. So I went, and arrived here after four days aboard ship, crossing the Black Sea. To make it worse, we had a very rough passage, and sixteen poor fellows died. And here I am, where I was getting better at first, and was afterwards taken so ill again, when I thought I should die, there being so many others dying around me. But now, thank God! I am much better, although I cannot yet use my legs....I am much better off here than in camp; for I have a good bed, and the doctor behaves very well to me. I have more than I can eat, and he gives me a whole half pint of port wine a day. I must now lie down. God bless you. T. Brazier” 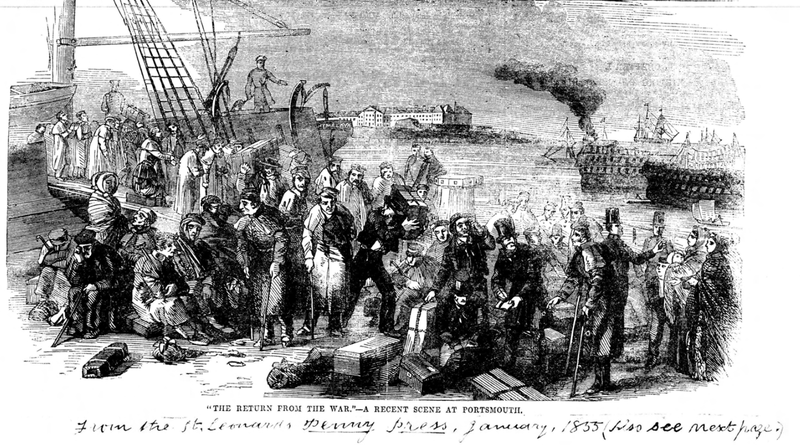 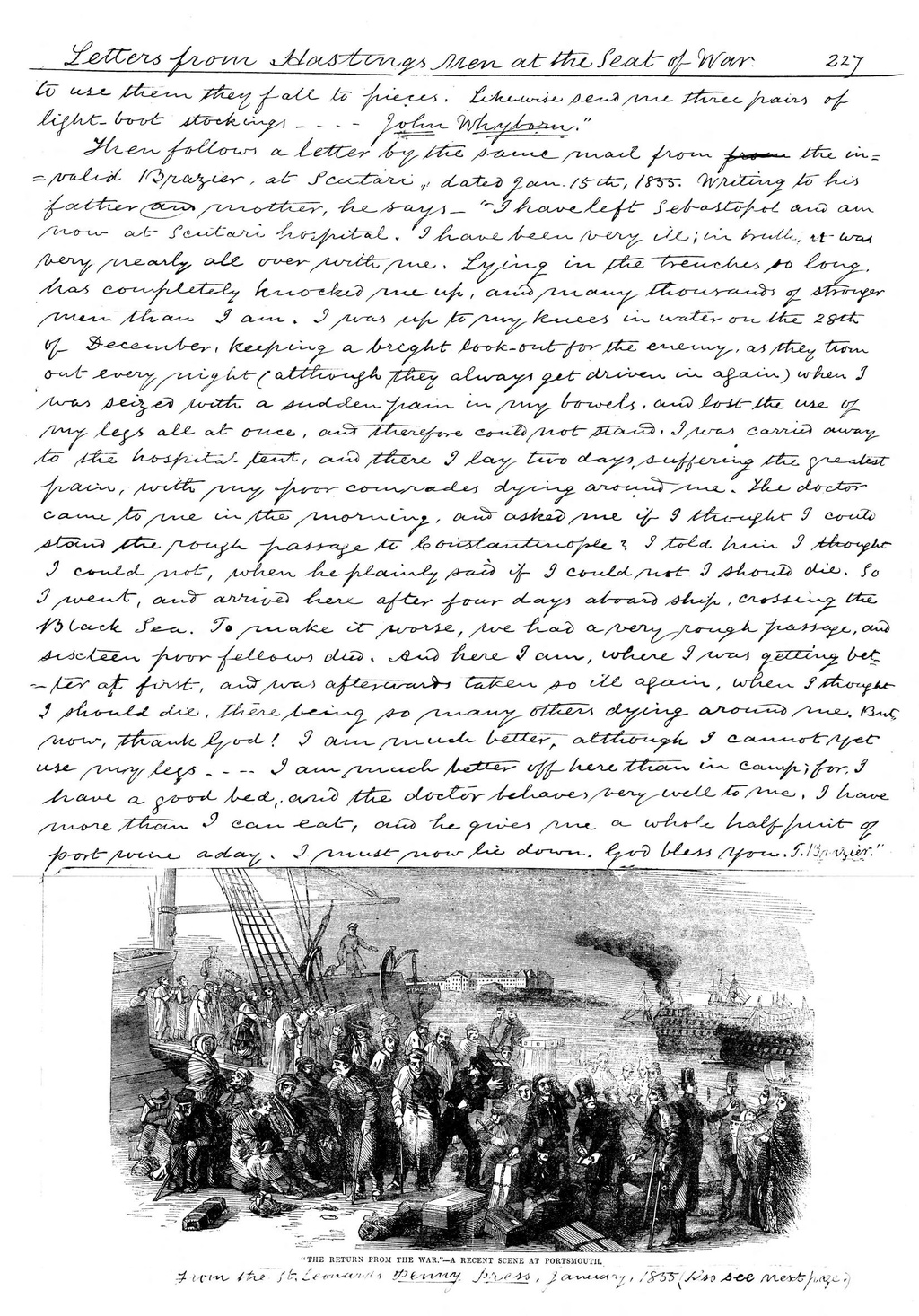