employ no one who is connected with a secret society? An exposure in the public press of such of its misdeeds as from time to time came to light, and an occasional publication of the names of those who may be discovered to be in connection with this local inquisition might also have the effect of checking its progress. I believe your course is to deal with principles – not individuals – to expose practices rather than names. An exception, however, might surely be made in the case of a set of demagogues who are secretly carrying on a system of espionage even to our very thresholds, and threatening the foundation of all social confidence in the borough. I enclose my card and subscribe myself
Yours truly,
A Liberal.
P.S., can any of your readers acquaint me with the signification of these symbols H.I.P.S.”

“To the Editor of the News. Sir, In your paper and in the column of a contemporary, I have read a good deal about what are called the H.I.P.S. Although a comparative stranger to the place, I like to understand what I read in the local prints; and would thank you to explain who and what these H.I.P.S. are and what they do. Perhaps others of your readers are equally ignorant. I am, Sir, A Visitor” “St. Leonards, Nov. 20.” [The Editor explains, thus:- The Hastings Independent Political Society is a body of political reformers, professing Liberal opinions, who originally banded themselves together to destroy Tory dominancy in this borough. They hold periodical meetings in various public houses to talk over men and things and to arrange their plans of action. Had these gentlemen limited their range of influence purely to political matters they might have worked till the “crack of doom”, before we had noticed them. But they assume other functions. Besides being the nucleus of a political party – which is a legitimate thing enough – they aim at saving us the trouble of being independent in the management of our municipal and other town affairs; a kindness many do not appreciate. By scheming and organising they have contrived to get almost everything in the shape of public business under their control; and it is no infrequent thing to hear some H.I.P.S. make their boast that they create our aldermen, elect our councillors and fill every other office as they like! A “pretty dish to set before the Queen!” No wonder that a reactionary feeling is springing up, now the secret influences of this inquisition are being exposed. The one half has not yet been told. We have been careful in all that we have written not to overdraw the picture. We may have more to say if the insolent threatenings of some of these H.I.P.S. continue. A pretty idea! – that these men may conspire against our municipal liberties; may lie on these towns like an incubus, hindering their healthful respiration, and that none may speak for freedom without- 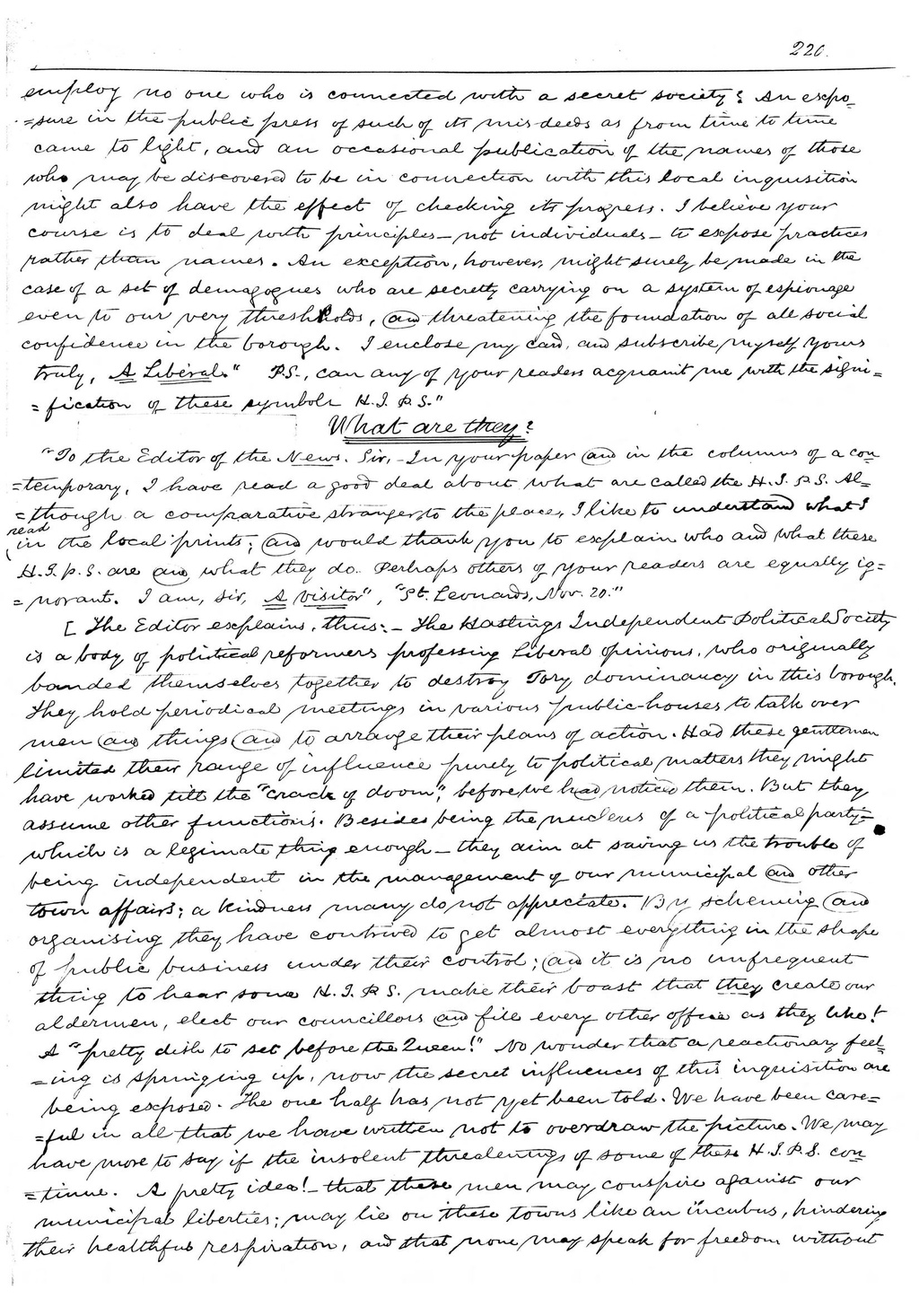