Outgoing Councillor. The retiring members of the Council on the first of November were four Liberals and two Conservatives – namely, James Emary, Samuel Gutsell, T. B. Williams and Joseph Amoore, of the East Ward; and John Austin and Charles Neve, of the West Ward. As Mr. Amoore declined to stand again as a candidate, it was believed that Mr. Vidler, a new candidate, would step into his place, and that there would be no contest in either ward. Four days before the election a new Liberal candidate appeared in the East Ward as a rival to the four Liberals already in the field, and only one day before the time, two opponents appeared for the West Ward; but in each case to their discomfiture.

Remarkable Addresses. Two of the candidates addresses were singularly in contrast with each other – one of them being unusually long and the other remarkably short. The latter was as follows:- “Gentlemen my term of office having expired, I again appear before you for a renewal of your confidence. Should it be your pleasure to re-elect me, I shall cheerfully accept the honour, and I trust perform the duties to your satisfaction.” I remain, &c. James Emary, Albion Hotel, Hastings.

The new candidate’s address was worded thus:- “Gentlemen, - As the first of November is now approaching, I venture to offer myself as a candidate for the office of Town Councillor. In asking for your suffrages I can confidently say that I have no party or personal purpose to serve; but am actuated solely by a desire to serve my fellow-townsmen in doing all I can to promote the general welfare of our borough. The property on which I depend for my living is situated among you, and I am therefore concerned in all that concerns you; my interests and yours are identical. The heaviness of the local rates and the serious pressure of the times upon all classes, but especially on the poor, make it necessary that the strictest economy should be observed in all matters of public outlay. I am well aware that the sanitary state of the borough cannot be too closely looked after, and that we are bound to provide all necessary accommodation to ensure the comfort of our visitors; but it behoves us to see that our money is judiciously expended, and that no disposition to theorise without experience be permitted to lead us into blunder or to a waste of the public money. I am of the opinion that our aldermen ought to be, and are, men of respectable standing, and that the Town Council should consist of men who have minds of their own, and who would not be led away by flippant declamation. The drainage measure is being carried into effect at a very serious time; provisions are dear and money scarce; and most of us are not in a position to be indifferent how our rates are spent. I will engage for it that to the utmost of my power – if you return me – I will see that able officers are employed to carry out your work, and that all right means are taken to economise your money. I ask for your votes as an independent man, and will do my duty without fear of any party whatever. At the last election of Guardians I was returned for the Castle parish, and have not failed once in my attendance. I trust I shall be equally- 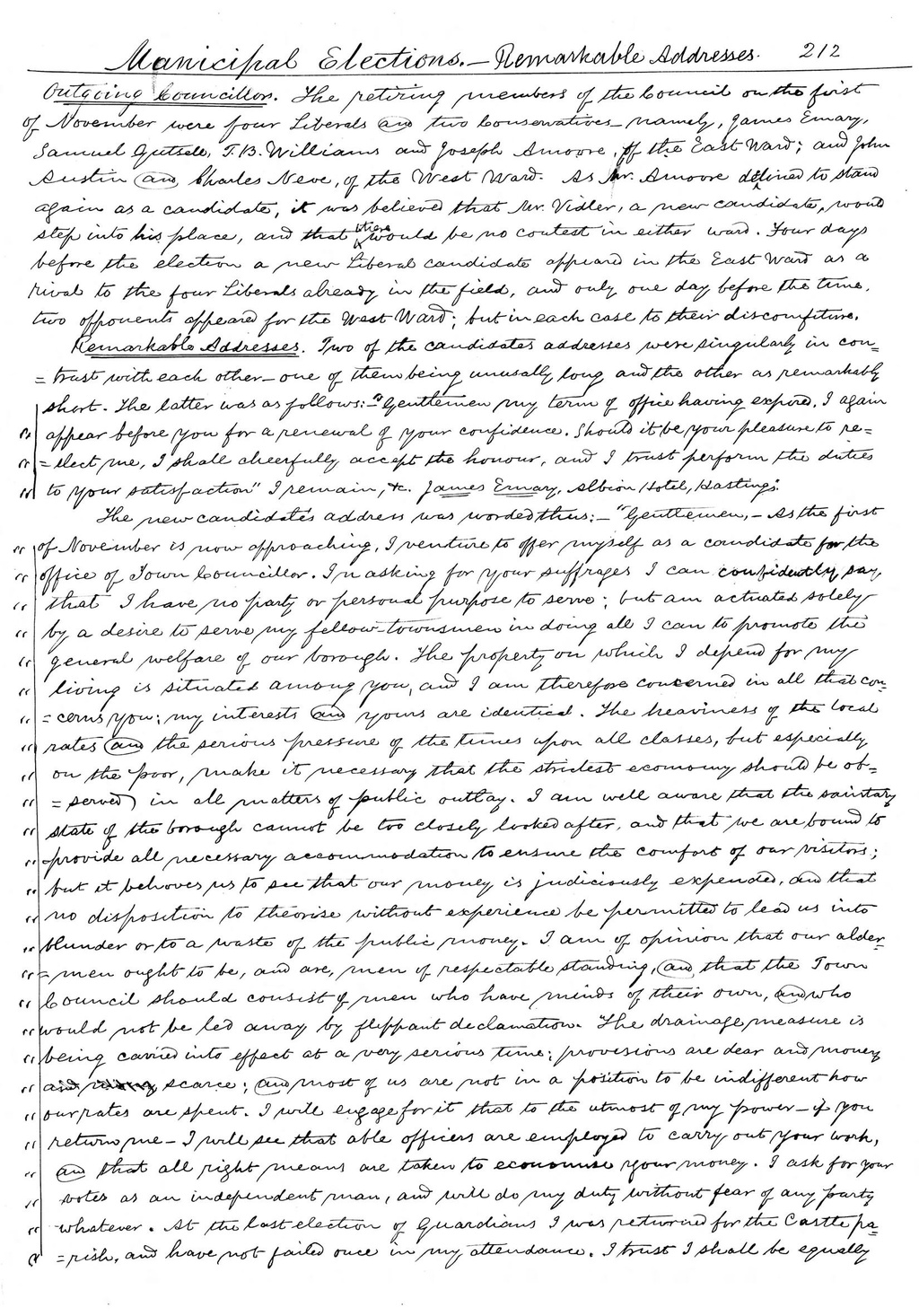