the best they could for their political friends, and it might be that Tories would do the same for their own friends under like conditions; but it was hard that the ratepayers should have to make up the deficiency, varying in different parishes from a penny to threepence in the pound for a defaulting collector, who had been helped into the situation by those who had become his sureties, and in opposition to a more worthy rival because the latter was a Conservative. It would be more pleasant to the historian if he could assure his readers that the case here recorded was a solitary one as applying to the protégé of Liberals, and that a similar but more serious case of a later date existed only in imagination. Moneys Received. At the Board meeting on August 2nd, a letter was received from Mr. John Phillips, solicitor to the Countess Waldegrave, stating that he had paid to the treasurer of the Union £100 promised for the new schoolroom, together with a loan of £150 for the same purpose. A letter was also received from Mr. Langham, stating that he had received £300 from Messrs. Beck and Putland, and that his own charges and other costs amounted to £69 7s. 6d., thus leaving a balance due to the Union of £230 2s. 6d.

The Early Closing Association held a general meeting on the 13th of June, when the report shewed the Association to be in an unfavourable position. In 1852 the number of members was 359, in 1853 it was reduced to 214, in 1854, it was further decreased to 178, and at the time of the meeting the number was only 178. The subscriptions had also declined in a similar ratio. This aspect of the Association suggested the article which appeared in Brett’s Hastings and St. Leonards Penny Press under the heading of “Early Closing and Early Rising” as follows:- “So much has lately been said and written on the subject of Early Closing that we are told the good folk of Hastings and St. Leonards are growing weary of it. If such be the case we can hardly have the temerity to burden them with any further remarks on such a theme, were it not that Early Closing is intimately associated with Early Rising. We close our shops late, hold our meetings late, keep open to a late hour our places of amusement, stay up late round the social hearth, retire late to rest, and consequently get up late. Thus by the substitution of an artificial day for a natural one, or, in other terms, by the twining of night into day and vice versâ, society is put out of joint, Nature’s admonitions set at nought, and the lessons of experience rendered practically of no value. There are but few persons who will deny that, as a rule, the habit of early rising is conducive to health, but many are unaware of the cause of their being unable to enjoy this inestimable benefit. It is not an uncommon occurrence to hear a person say “I wish I could rise earlier; I would give much to accomplish it, but whenever I attempt it, I am sure to feel unfit for duty- 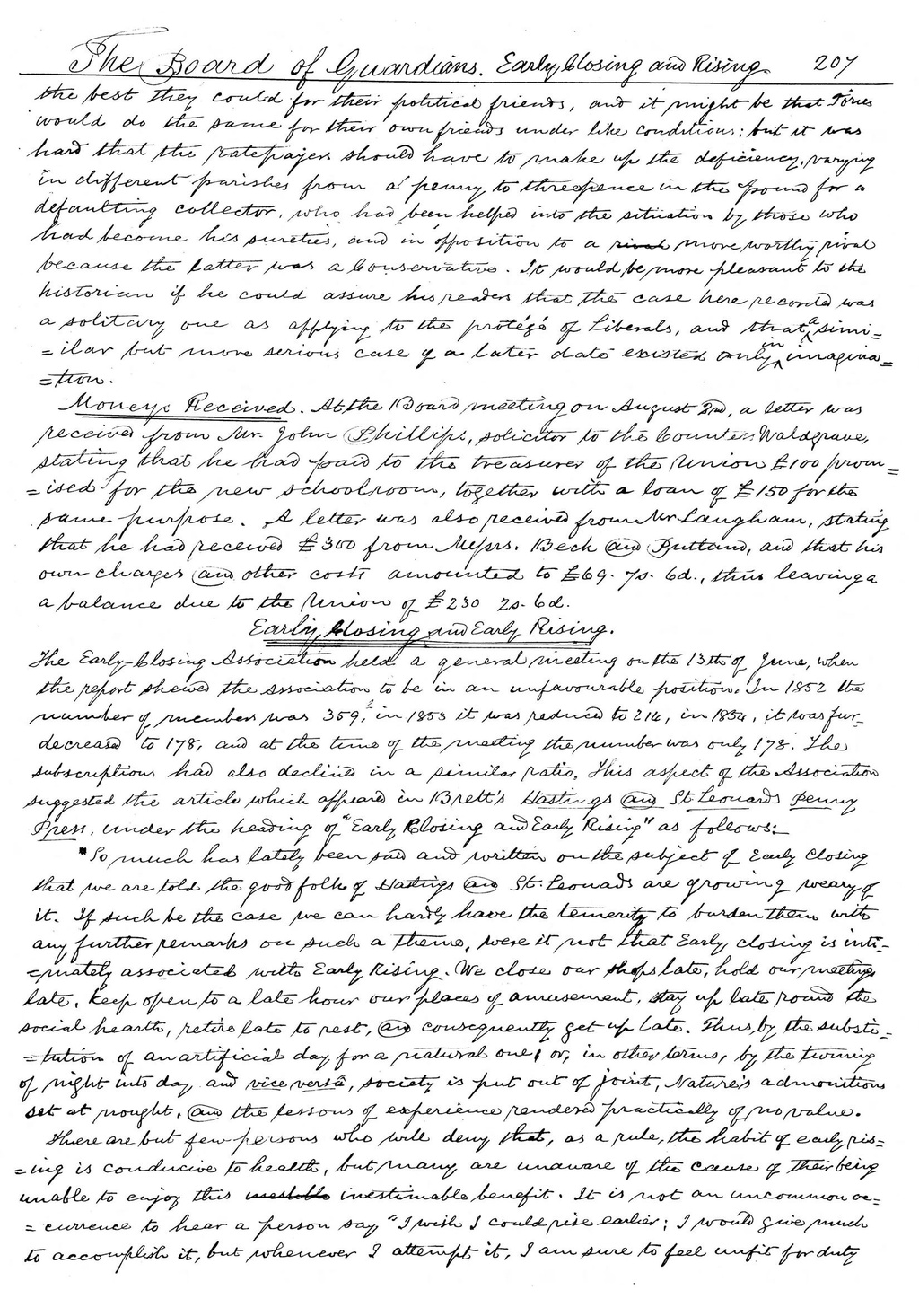