resolutions passed to commence a subscription fund for £125 in lieu of the rejected church rate. The attendance was small but £14 was raised in the room, and a letter was received from the Rev. F. Nightingale with a promise of ten guineas.

At the meeting of the Board of Guardians on the 25th of January, Mr. Pigott, the Poor-law Inspector was present, and was glad to find the house in such good order and that the inmates were fewer than he expected, the number being 173, as against 211 last year. On the same day, however, the St. Clement’s vestry levied a poor-rate at 1s. and All Saints at 11d. Also, a month later, the addition of twenty more inmates increased the number to 193. At the latter meeting the consideration of plans and specification of a proposed new schoolroom and an extra workroom was adjourned for a fortnight, the pressure of the relief lists leaving the Guardians no time for special business.

The Sureties’ Plea. The question was in abeyance for nearly two months, when, on the 5th of July, the sureties submitted a letter which represented them less liable in consequence of sundry charges that had been made in the mode of collecting since 1834. It was resolved, however, that the letter could not be entertained and that the action against them was to proceed.

A Compromise. The Board of Guardians on July 19th, after taking legal action against Messrs. Beck and Putland for £500, the amount of their sureties (the defalcations being £600) resolved to accept £300 as a compromise, notwithstanding that the defendants had paid £500 into Court. Mr. Clement moved the acceptance of the £300, and the motion was supported by Messrs. Bromley, Putland, Vidler, Adams, Peerless, Tree and Howell. These were all Liberals, and Messrs. Harvey and Wood who opposed it were Tories. It was natural in a party sense, that Liberals should do- 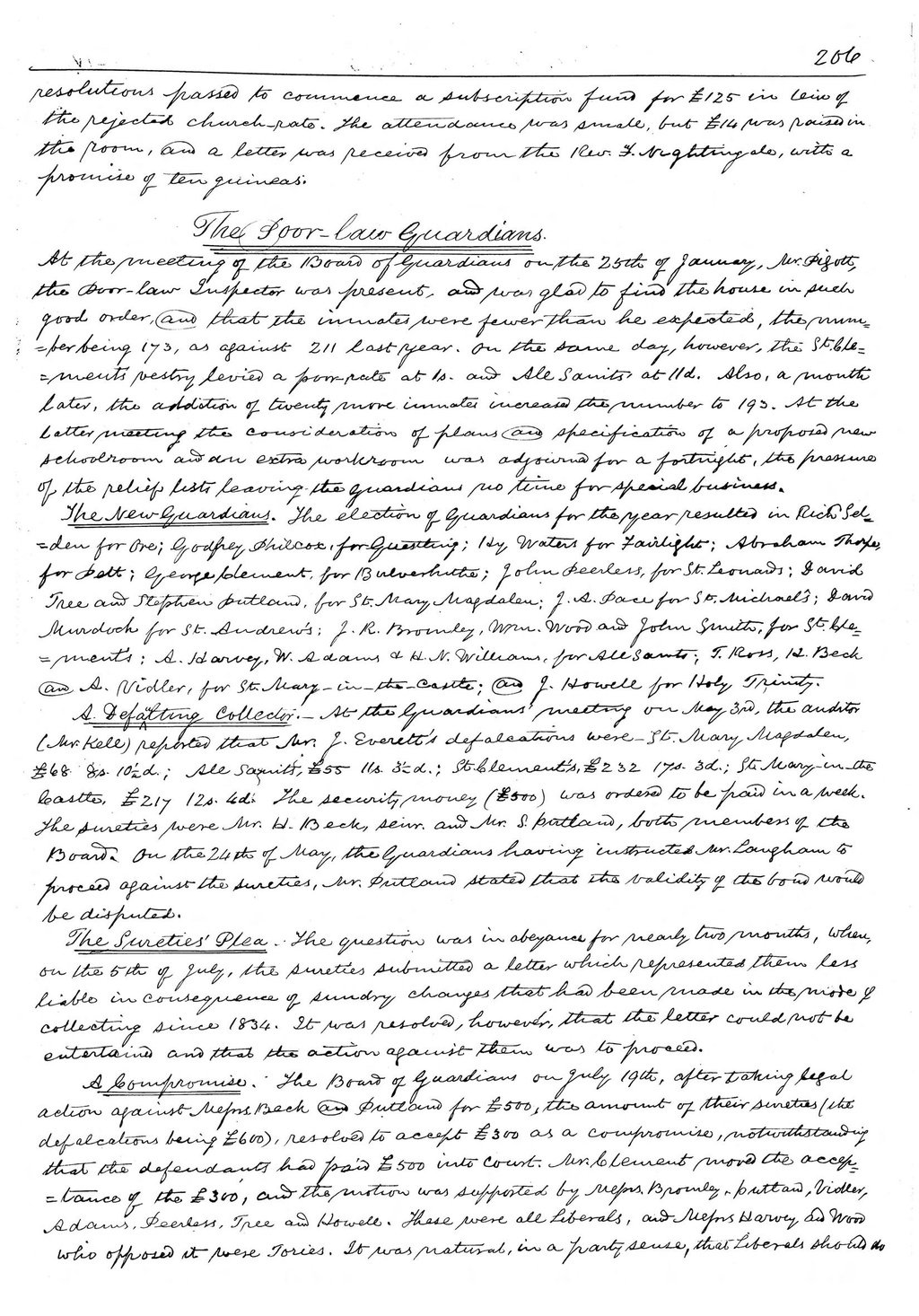