Lecture-room on Oct. 9th. It was there stated that the Croft Chapel Sunday School was the first of its kind established in Hastings. There exists no documentary proof of this, and whether it or the Church Sunday School was first has been debated; but that the Croft School had not reached its Jubilee year in 1855 has been shewn by “The Postman” in Brett’s Reminiscences. The Croft Chapel was built in 1805, but it had no school till several years later.

For the Croft-Chapel Sunday School sermons were preached on Sunday, Oct. 7, by the Rev. George Stewart, and £8 collected. On the following Wednesday, the children had their annual treat.

As an instance of what may be done by voluntary effort, there was a sum of £37 12s. collected on the 24th of October at the anniversary services at the Tabernacle, on which occasion about 80 persons sat down to dinner and 100 to tea. During his 3½ years of labour as pastor in Hastings, the Rev C. Pavey had collected £1200 for building and other purposes connected with that place of worship. Last year’s collections amounted to £176 12s., in addition to £20 apportioned to the poor and four guineas for Bibles and the school.

The Gospel Propagation Society was benefitted by a collection of £16 17s. at a meeting on the 16th of October, notwithstanding that the attendance was small.

For the City Missions a meeting was held in the same Swan Assembly Room on the following day (Oct. 17th) and the sum realised was £7 14s. 3d. On this occasion also there was but a small attendance.

The Croft Chapel Debt. Strenuous efforts were being made at this time to discharge the £260 debt due to the representatives of the late Rev. William Davis, but with what result remains yet to be revealed.

The Christian Knowledge Society had a sermon preached on its behalf by the Rev. W. B. Churton on the 28th of July, which was on a Friday, and the sum collected was about £16. 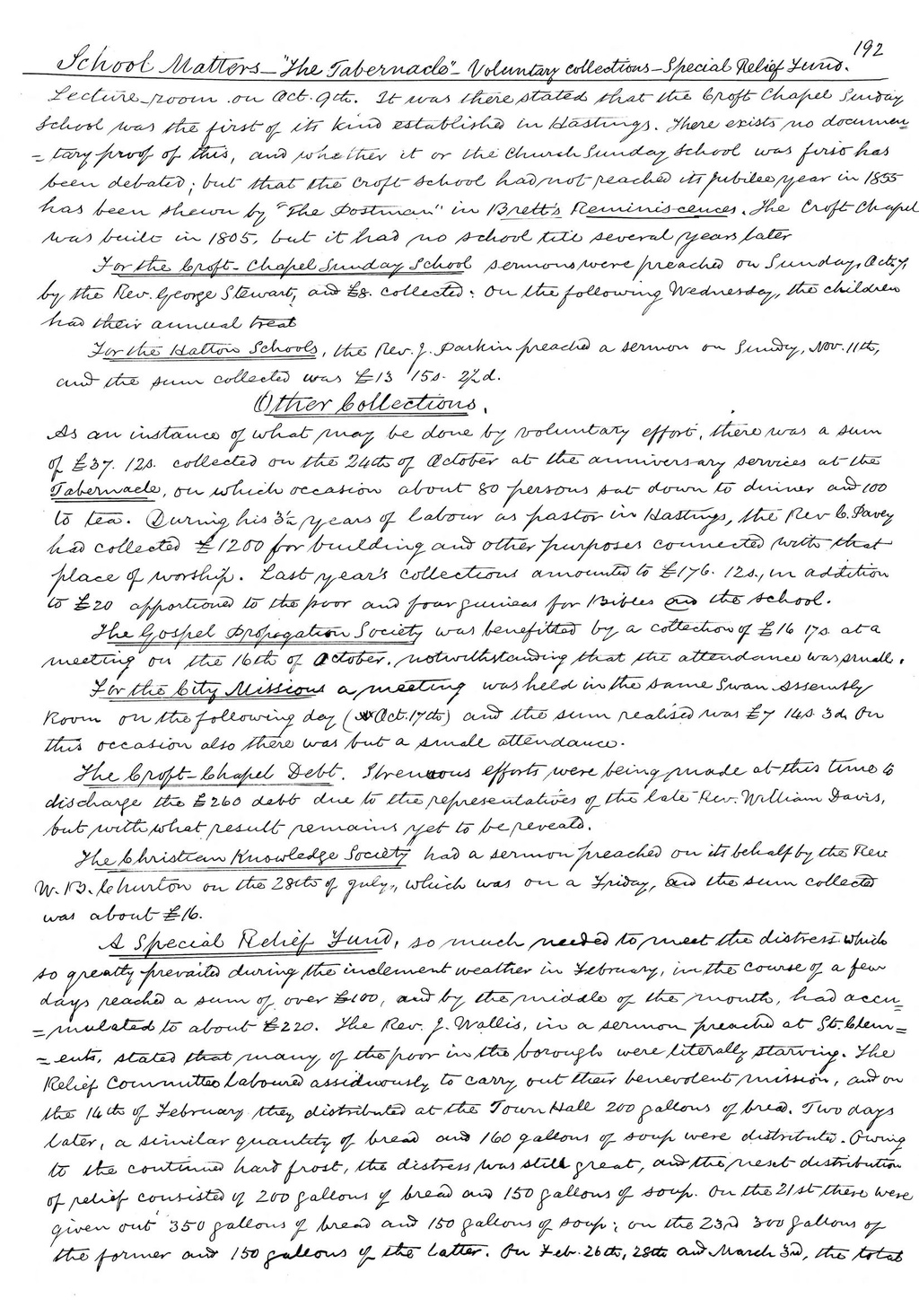