land; and if ever they are found driving a bargain for that site, they will probably be asked a higher price than was submitted to the Burial Board. But supposing the Town Council should choose Miss Sayer’s land, and could come to terms with the proprietors, there would still be the formidable difficulty mentioned by Mr. Poole, namely that Mr. Grainger, the Government Inspector, would object to the Blacklands site as likely to damage the water from whence a portion of the town’s supply may, erelong be derived. Let the Town Council obtain what site they may, there is this fact, that St. Mary-in-the-Castle will have very little influence – as a parish – in directing the operations of the Council. Another contingency is this – that instead of one or two cemeteries, we may have three or four. As we remarked last week, each parish may rejoice in a fancied independence under such circumstances; but the borough at large may suffer in an accumulation of expenses. And while alluding to this part of the subject, we may remark that we have the authority of Mr. W. B. Young for saying that the law expenses attending the purchase of the Magdalen site will not be more than half the sum mentioned last week as £300.

It is, then, to be hoped that the parishioners of St. Mary-in-the-Castle will attend as much en masse as possible the vestry to be held this evening, and that they will take care to carry thither not the arguments of a partizan, nor even the sentiments of a leading article, but their own unbiased judgements, and an honest intention to discharge the duties of citizenship without reference to personal pique or petty interests – taking, in fact, that comprehensive and intelligent view of an important public question which becomes the inhabitants of a borough that ought to be united whenever the public good is to be advanced. Should the vote of tonight be against the course which we have advocated, we must hope that the consequences will be less injurious than we have anticipated. Be the decision what it may, we hope to be able to give the parishioners of St. Mary-in-the-Castle parish credit for a sincere expression of their individual opinions, formed upon a calm and patient review of the facts which have come before them.”

The Second Meeting was disgracefully different to what was temperately and intelligently advised by the News, and was evidently got together for the most part by Mr. Vidler’s boasted “industry”. It was held in- 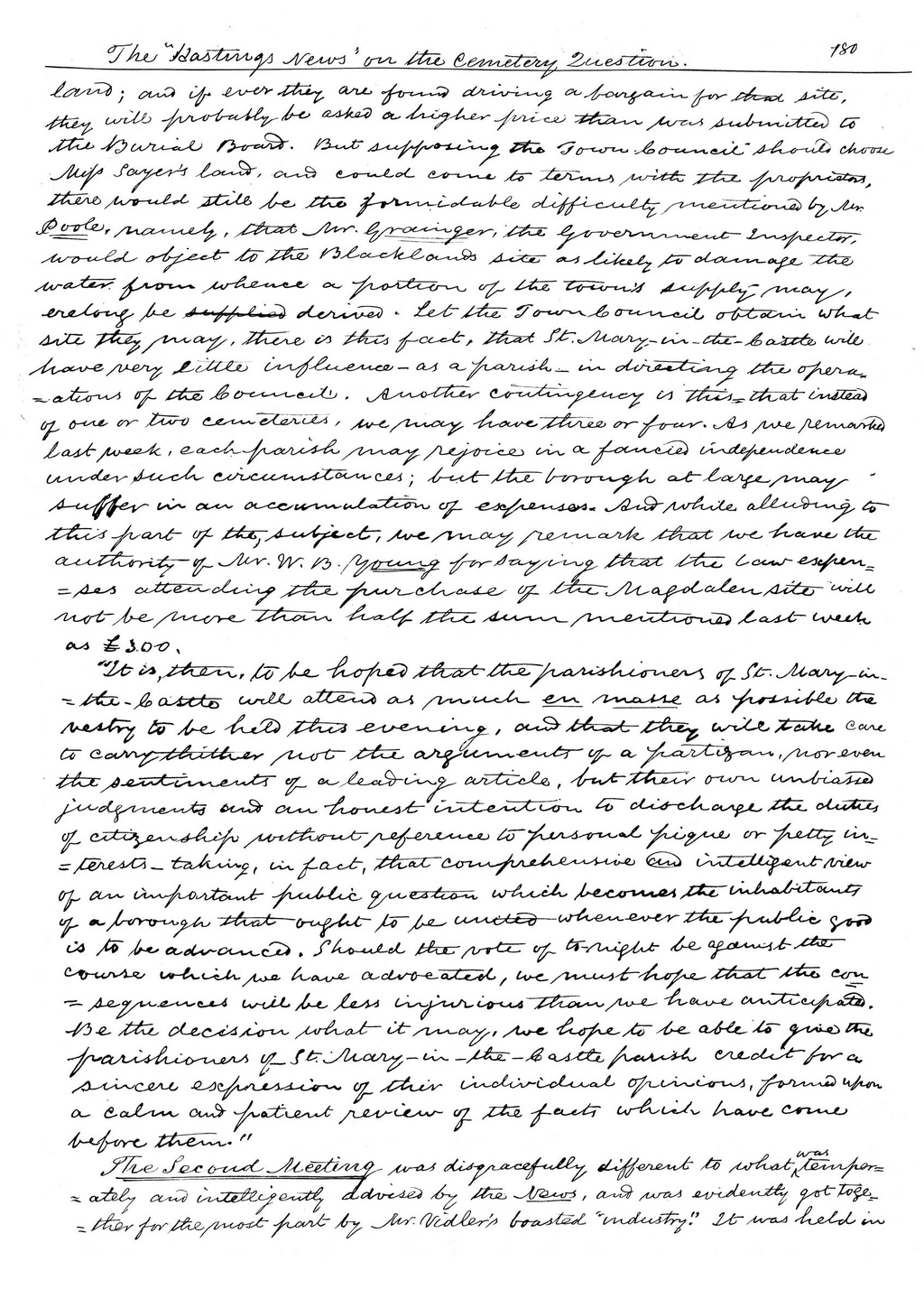