interment had taken place that day. His worship also commented on the piety and generosity of the late rector of St. Clement’s and the respectful gratitude with which his memory could not fail to be handed down to future generations. The list was as follows:-

Burial Board­­­­­­­­­­­­­­­­­­­­­­­­­­. The Mayor next read a communication from the Secretary of State and said, in consequence of that letter he had called the special meeting to reconsider the question of a Burial Board. Coun. Bromley said he was still of the same opinion and would again move that it is expedient for the Council to petition her Majesty in Council for powers of a Burial Board for the whole borough. Coun. Beck moved as an amendment that a petition should not be sent. He had hoped that the day had gone by for rescinding at one meeting what had been passed at a preceding one. Ald. Clement would wager a hundred guineas that if names had been taken down instead of a show of hands the majority would have been the other way. Coun. Putland was sorry that they were called upon to go into the question again, and with a less number present. The borough had a frontage of four miles, and if they had but one cemetery it would necessitate many persons going a great distance, at consequently greater expense than if they had two cemeteries. The vestries had not petitioned the Council to take up this matter, and it was going out of their way to do so. At the last meeting there were 22 present, and at this only 19; why then should a smaller number rescind that which a larger number had carried? The western parishes were now preparing a cemetery, and they were not acting in a spirit of opposition, but if the present motion should be carried, it would at once bring the two Wards into collision – a result which he should very much regret. The amendment was negatived by 12 to 7, and the original motion was carried. Coun. Peerless said St. Leonards and St. Mary Magdalen would claim exemption, for they had sufficient burying ground for the next ten years, and which could not be closed.

Mr. Howell’s tender of £248 was accepted for the Holloway Place drainage, the Surveyor’s estimate being £250. 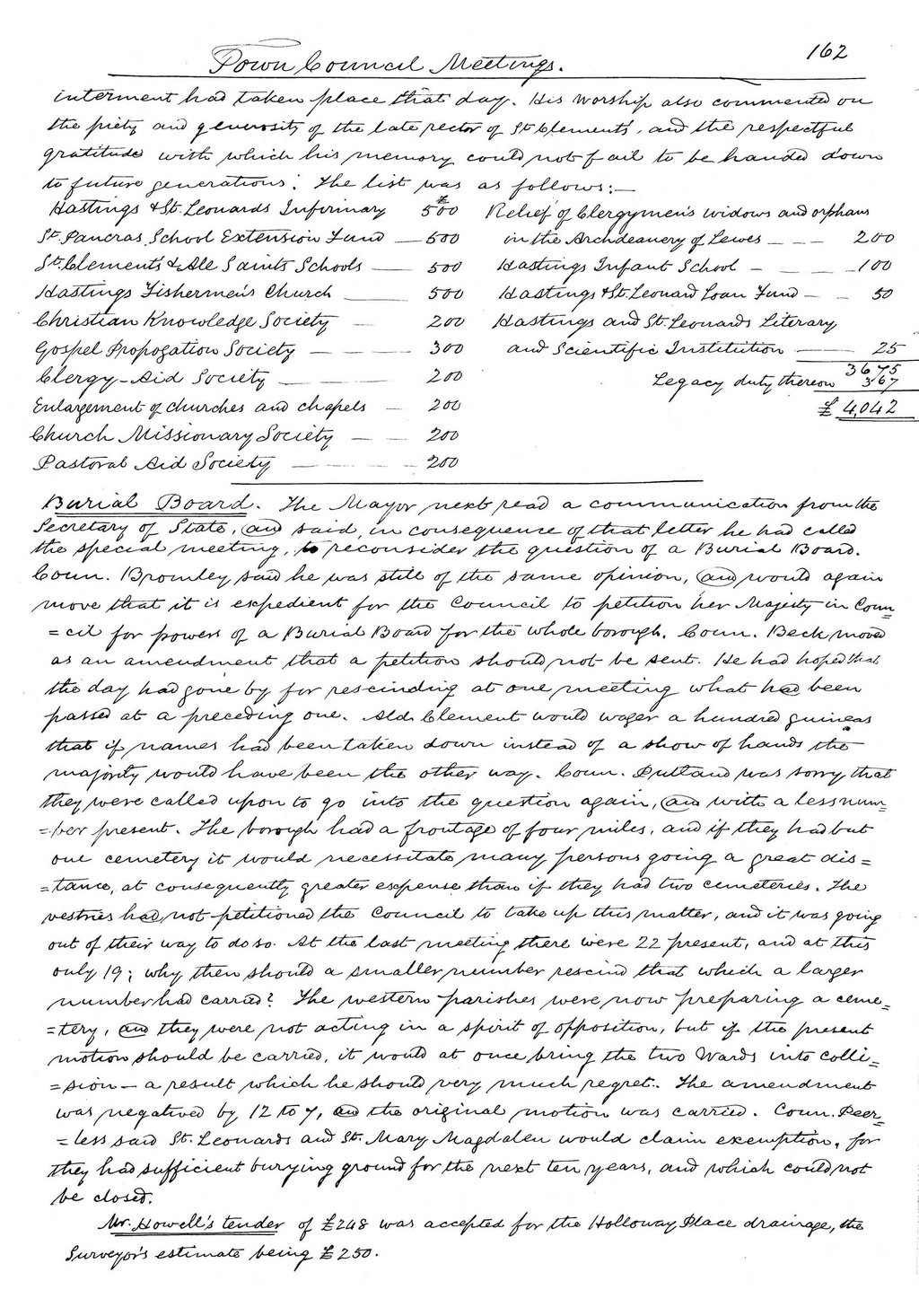